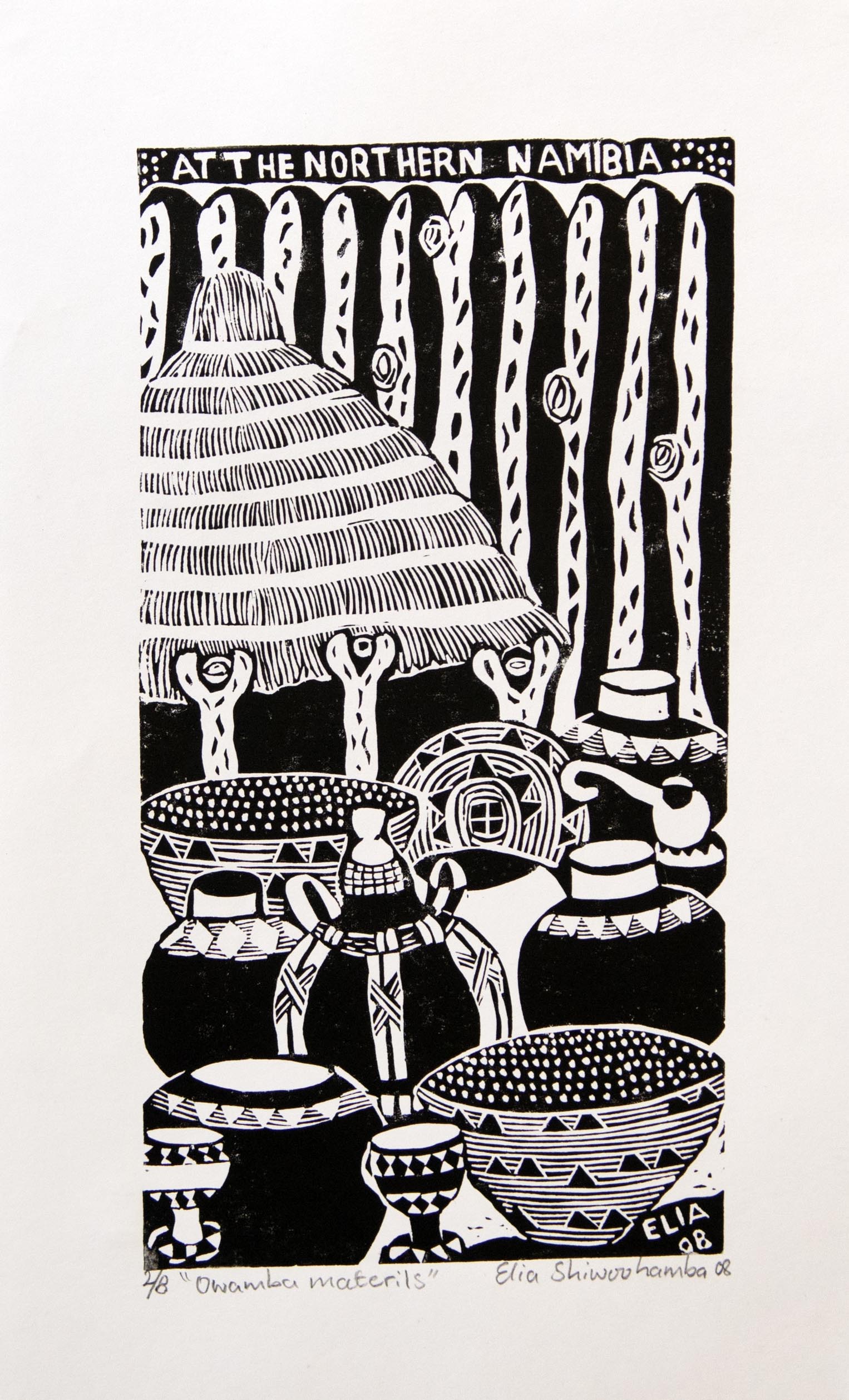 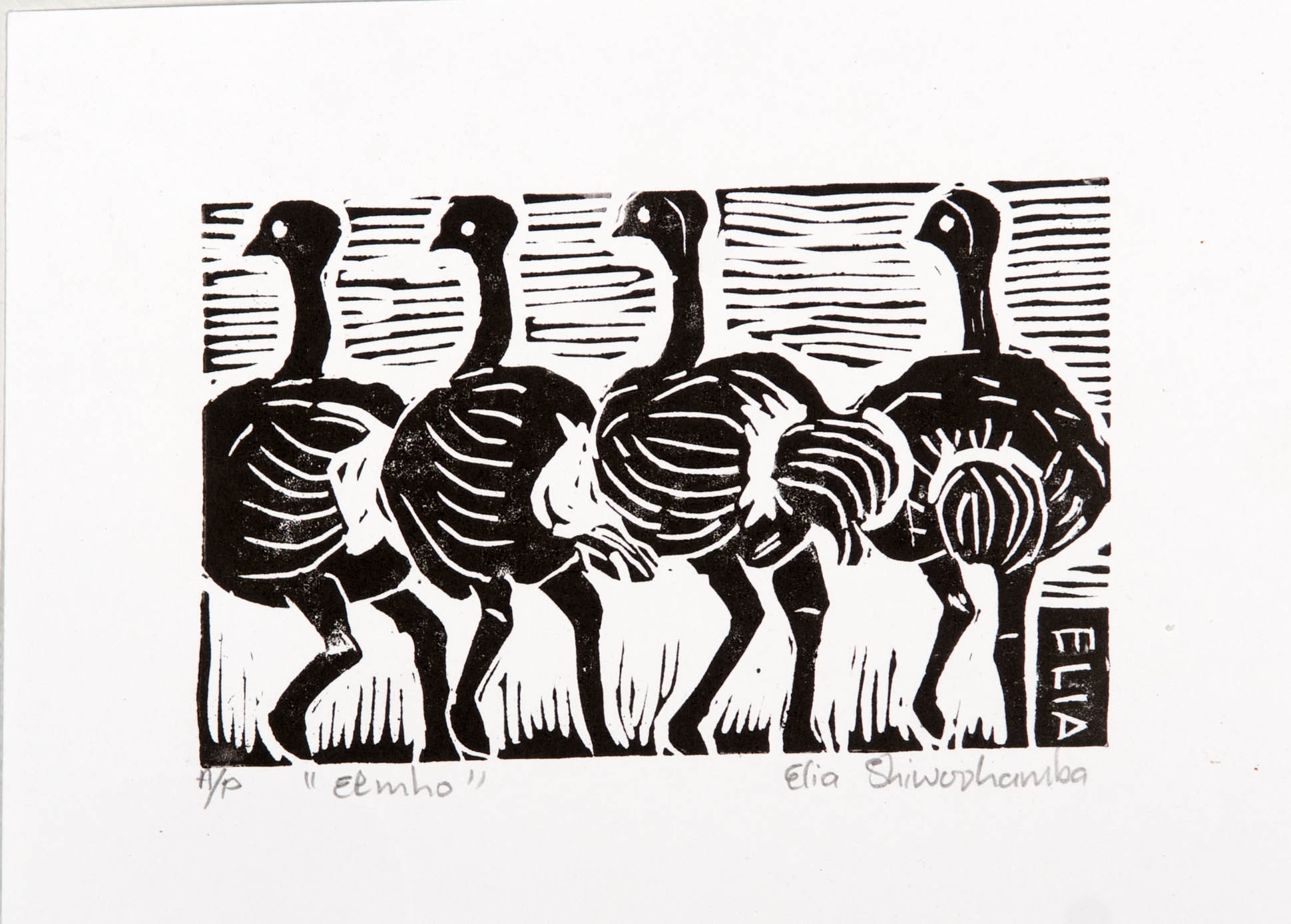 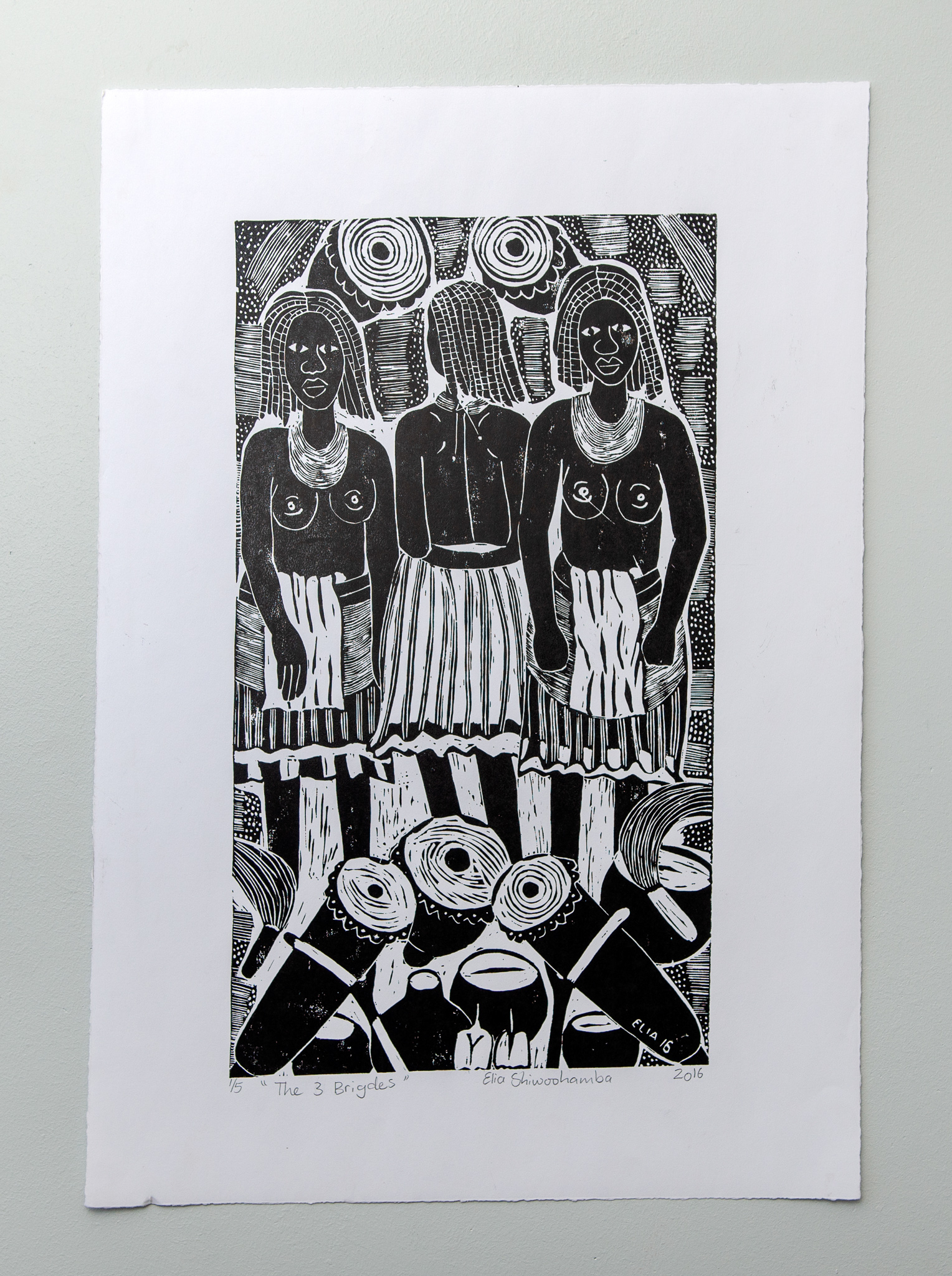 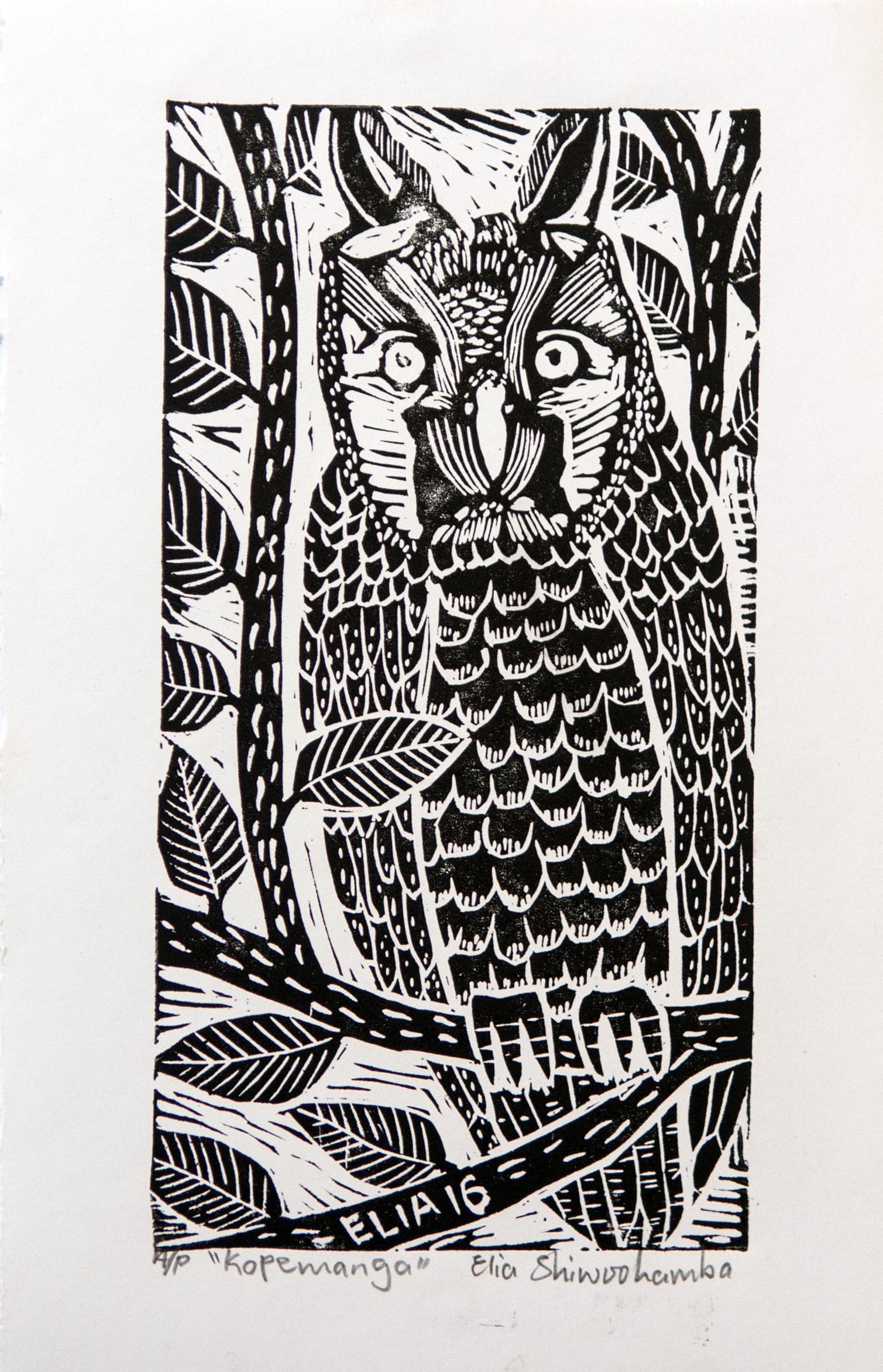 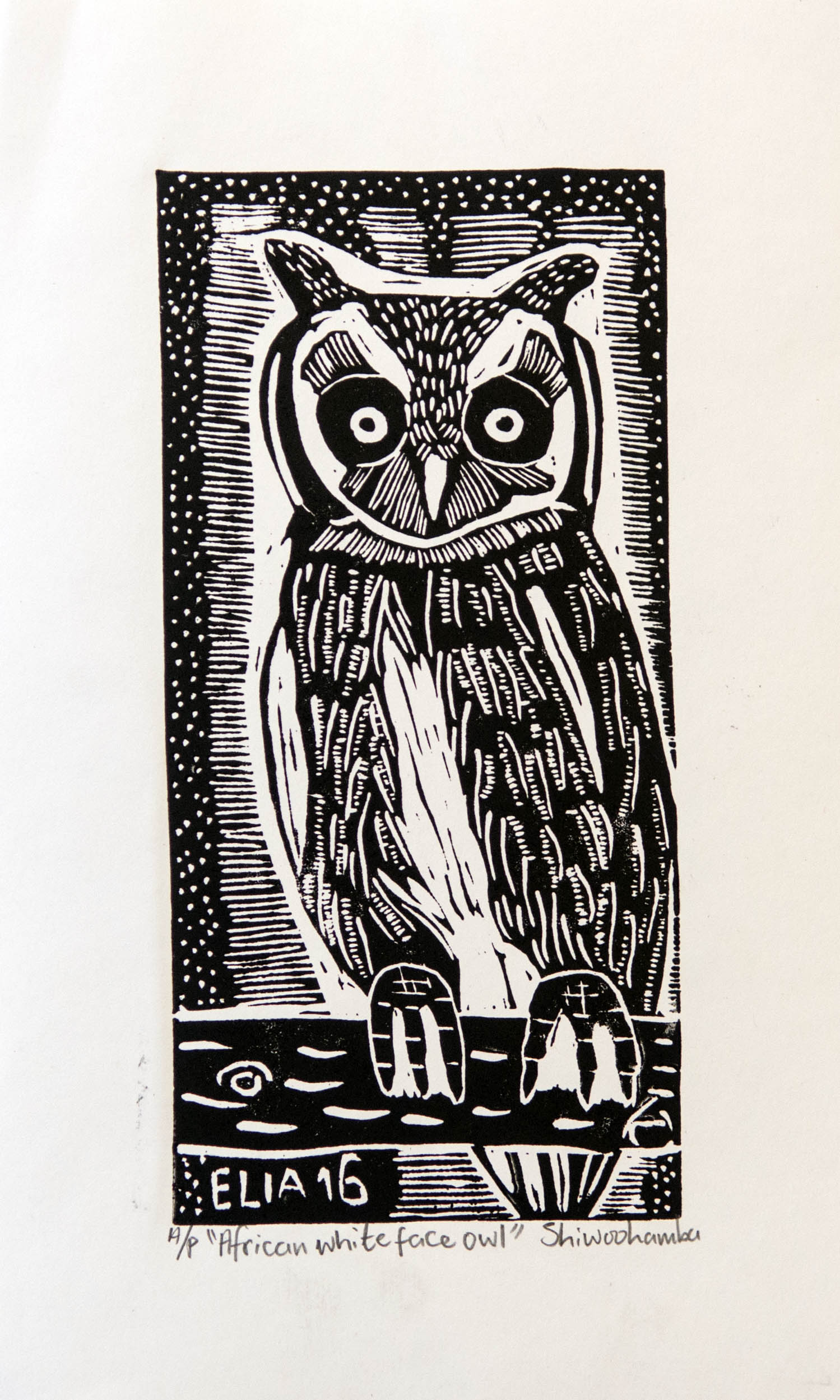 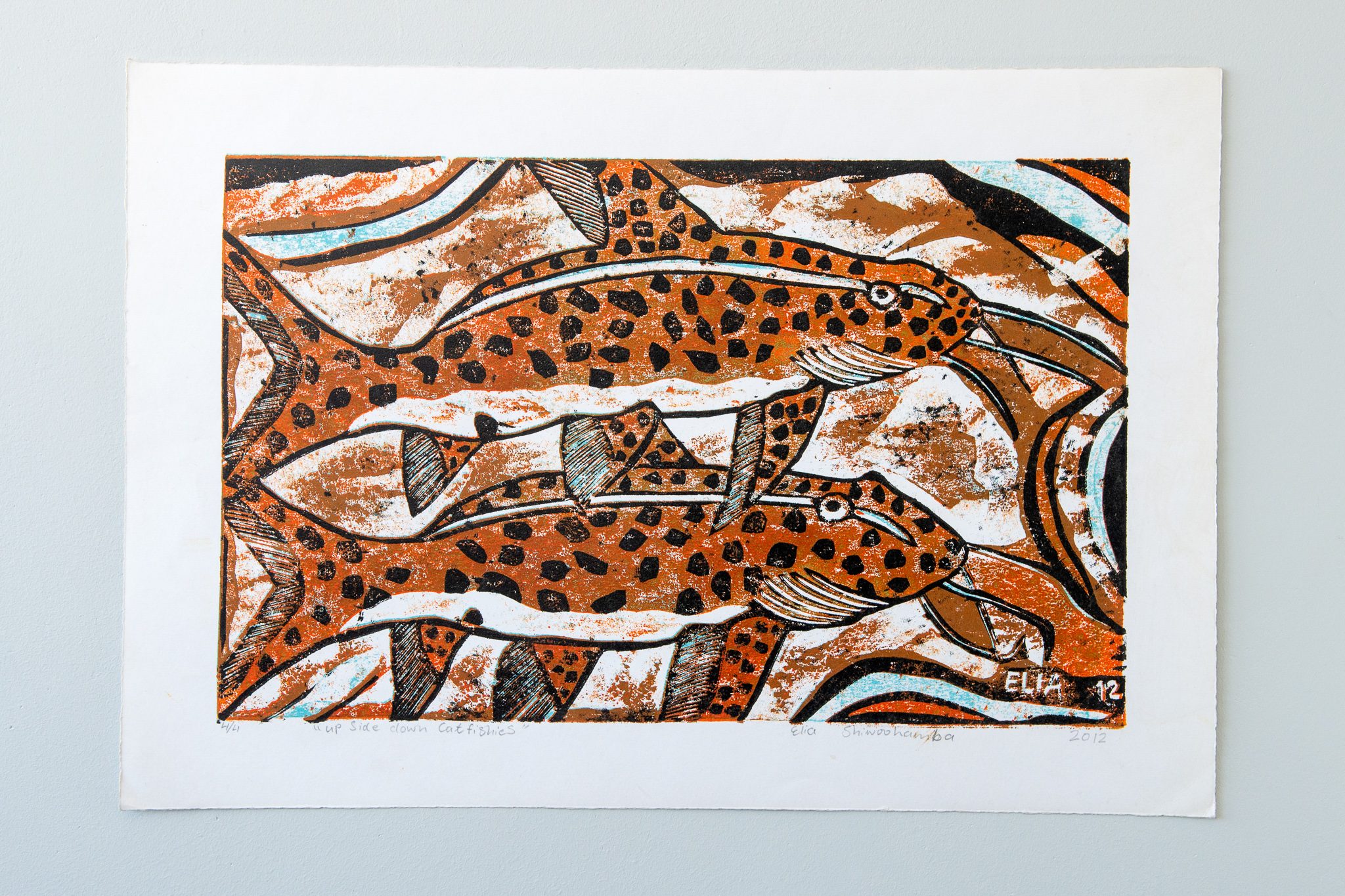 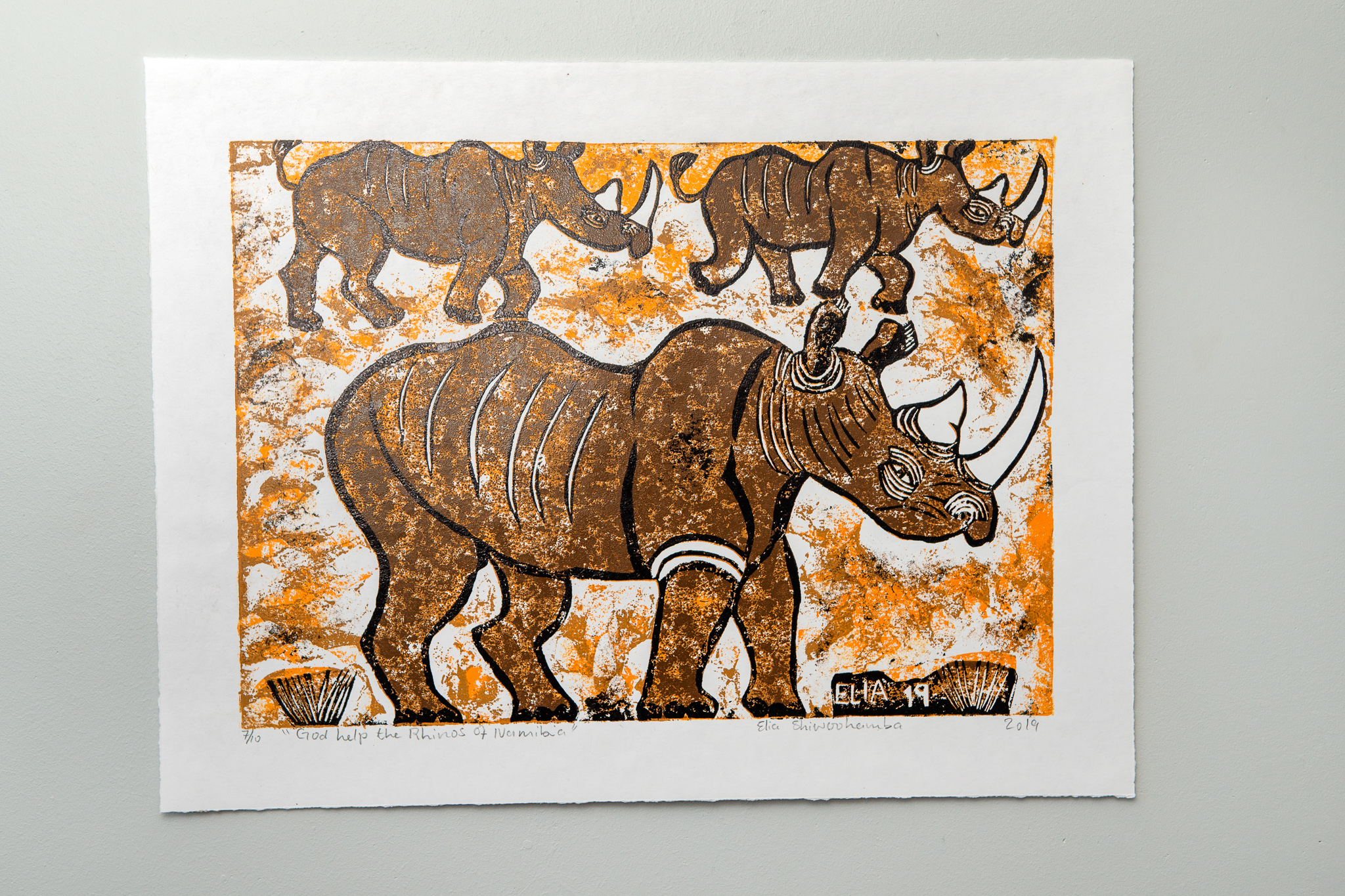 God help the Rhinos of Namibia 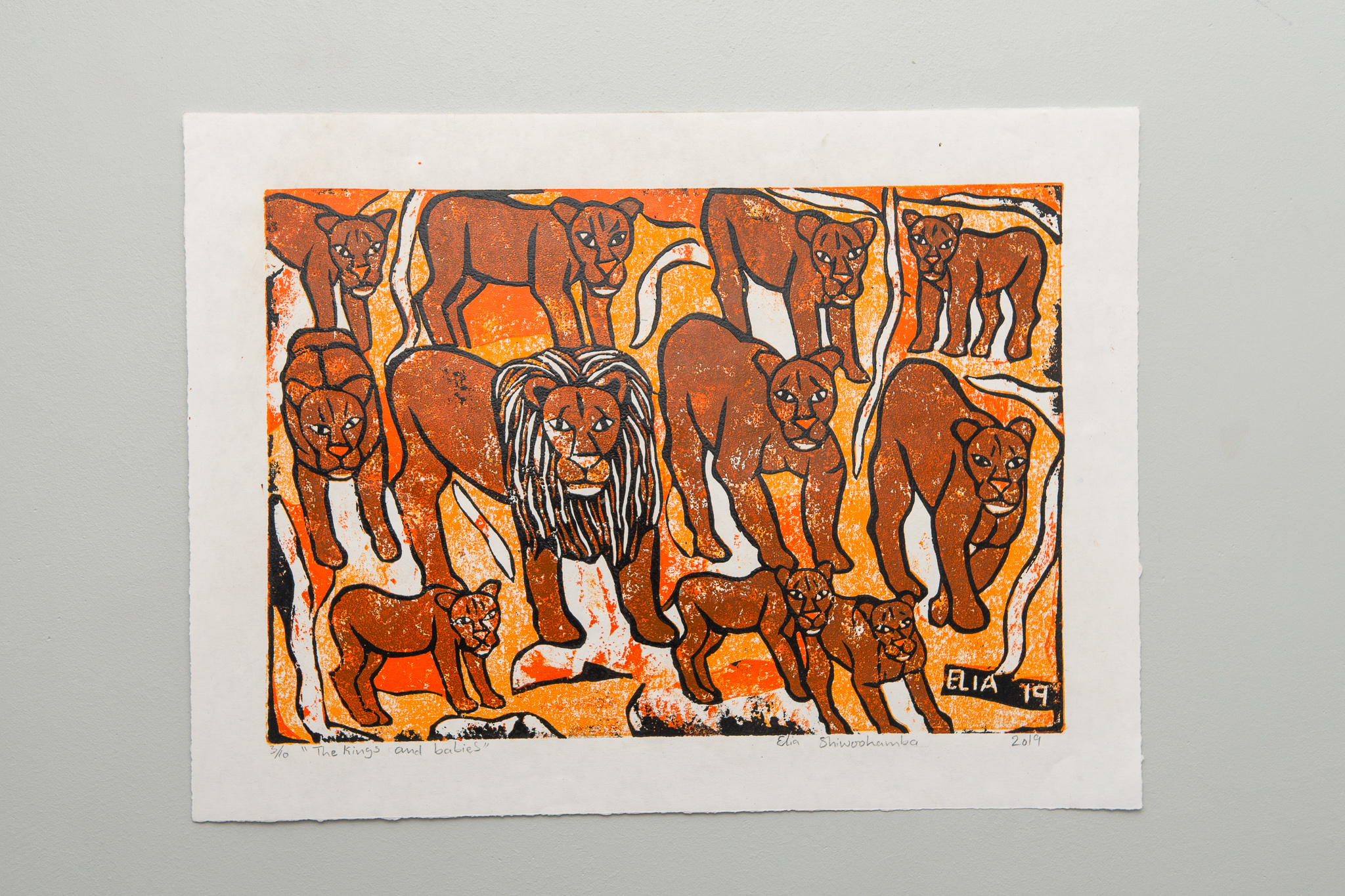 The Kings and babies

Elia Shiwoohamba (b. 1981) was born in Windhoek, Namibia. He graduated from the John Muafangejo Art Centre in 2006. Specialising in printmaking and sculpture, Shiwoohamba works as a professional artist, often traveling between Windhoek and Northern Namibia.

Shiwoohamba draws from the natural and social world around him for his work, and is heavily influenced by the late John Muafangejo. He explores this kind of content in both two-dimensional media such as linocut printmaking and in three-dimensional sculptures. The different media offer diverse means of communication through his work, though all visually connected by the artist’s unique style.

Shiwoohamba’s solo exhibition titled ‘Owls of Namibia’ held at the Franco-Namibian Cultural Centre in early 2017 showcased the artist’s passion for owls and his subsequent artistic exploration of the species through linoleum block prints and sculpture in marble and soapstone. His latest exhibition ‘My Namibia My Nature’ was formed of a variety of prints and sculptures from both early in his career to recent works. Shiwoohamba has exhibited extensively as part of group exhibitions locally and internationally.