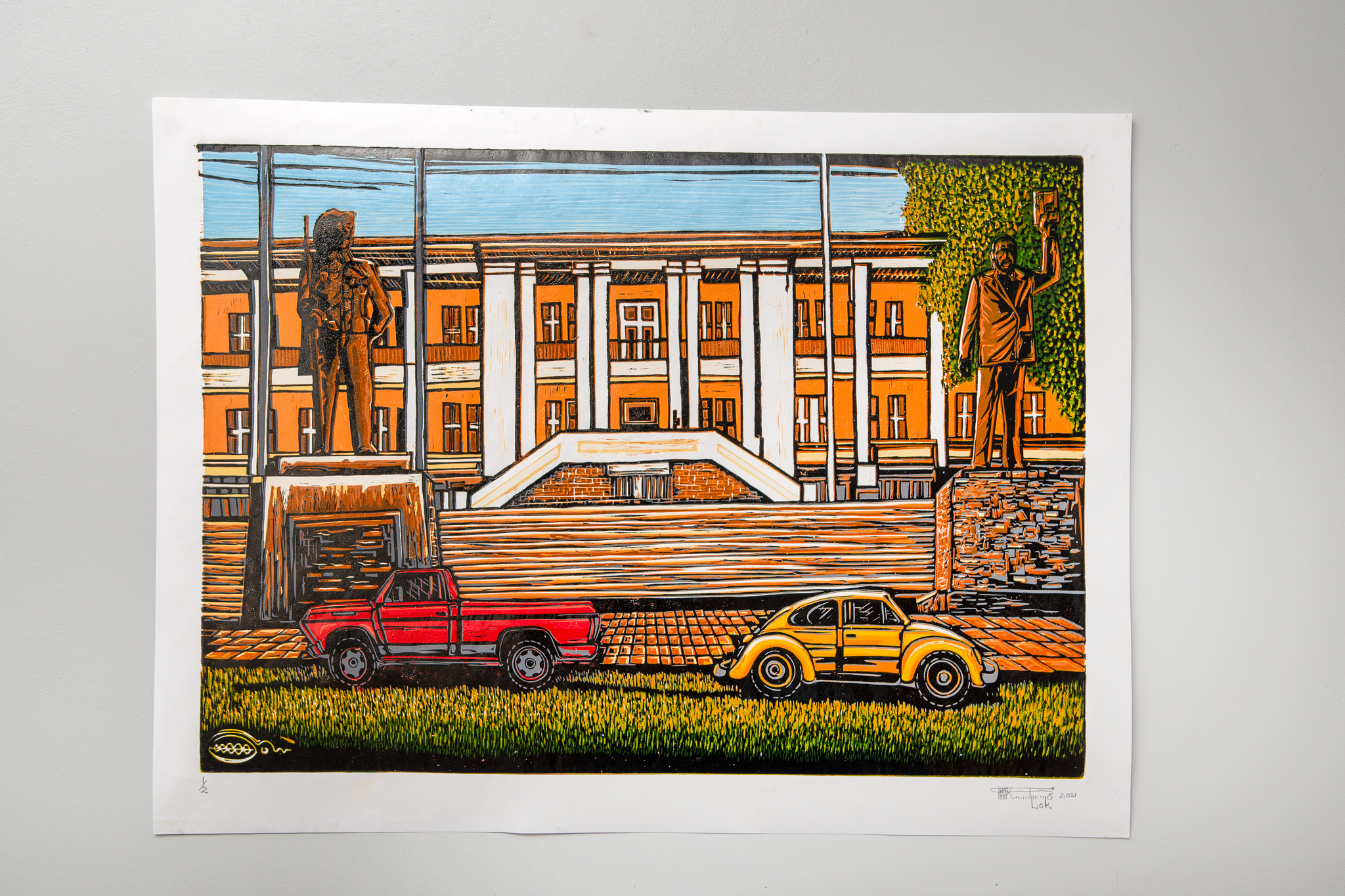 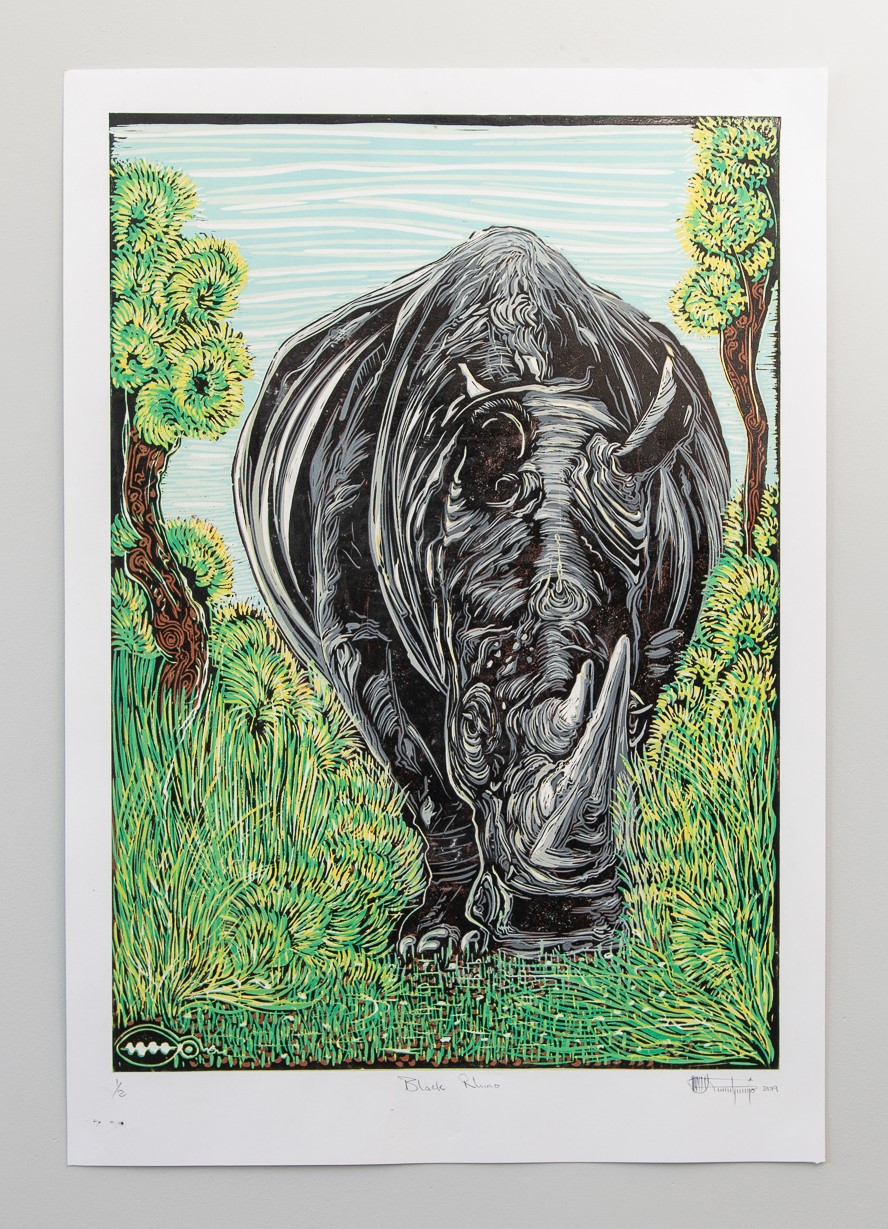 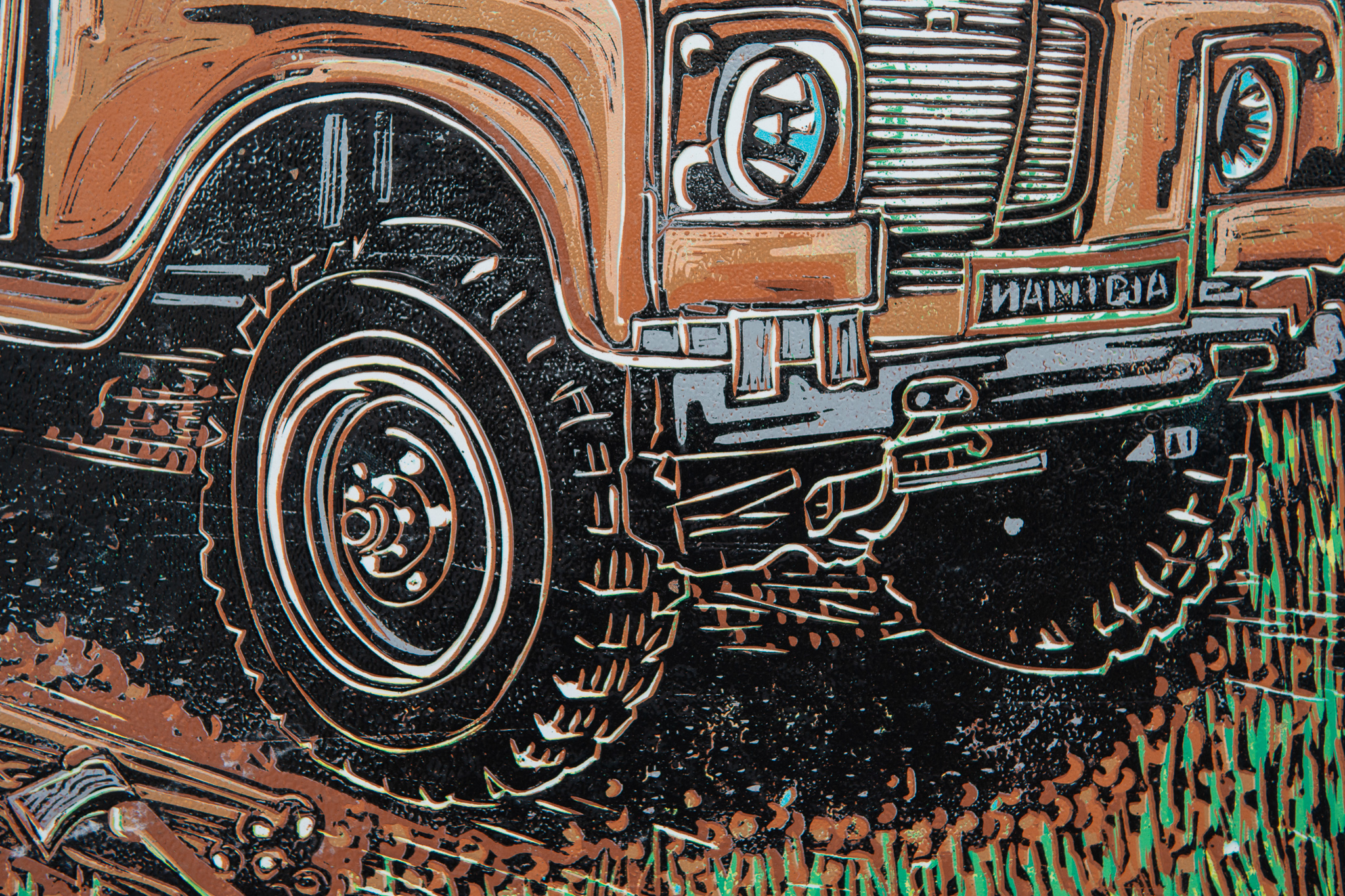 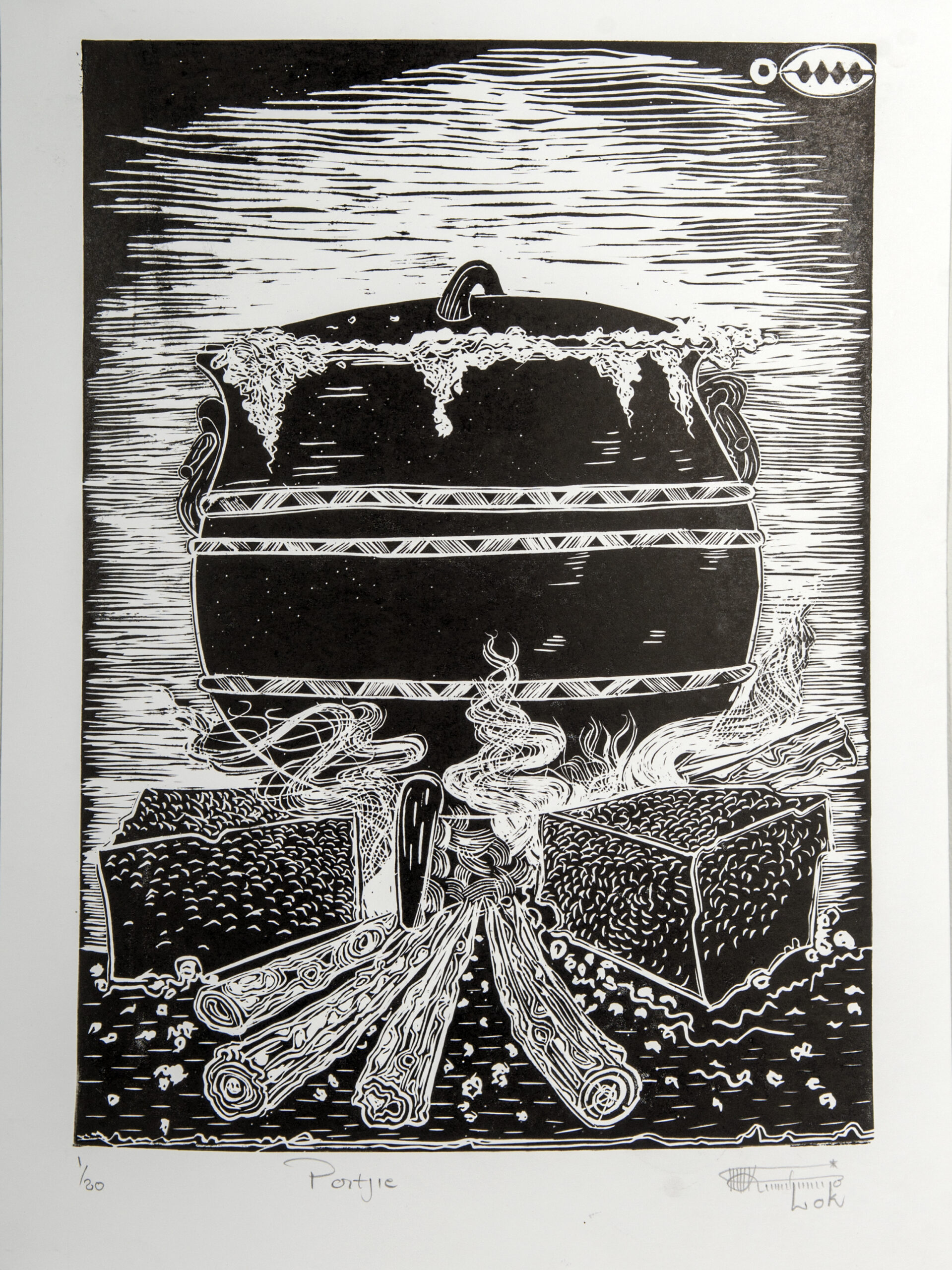 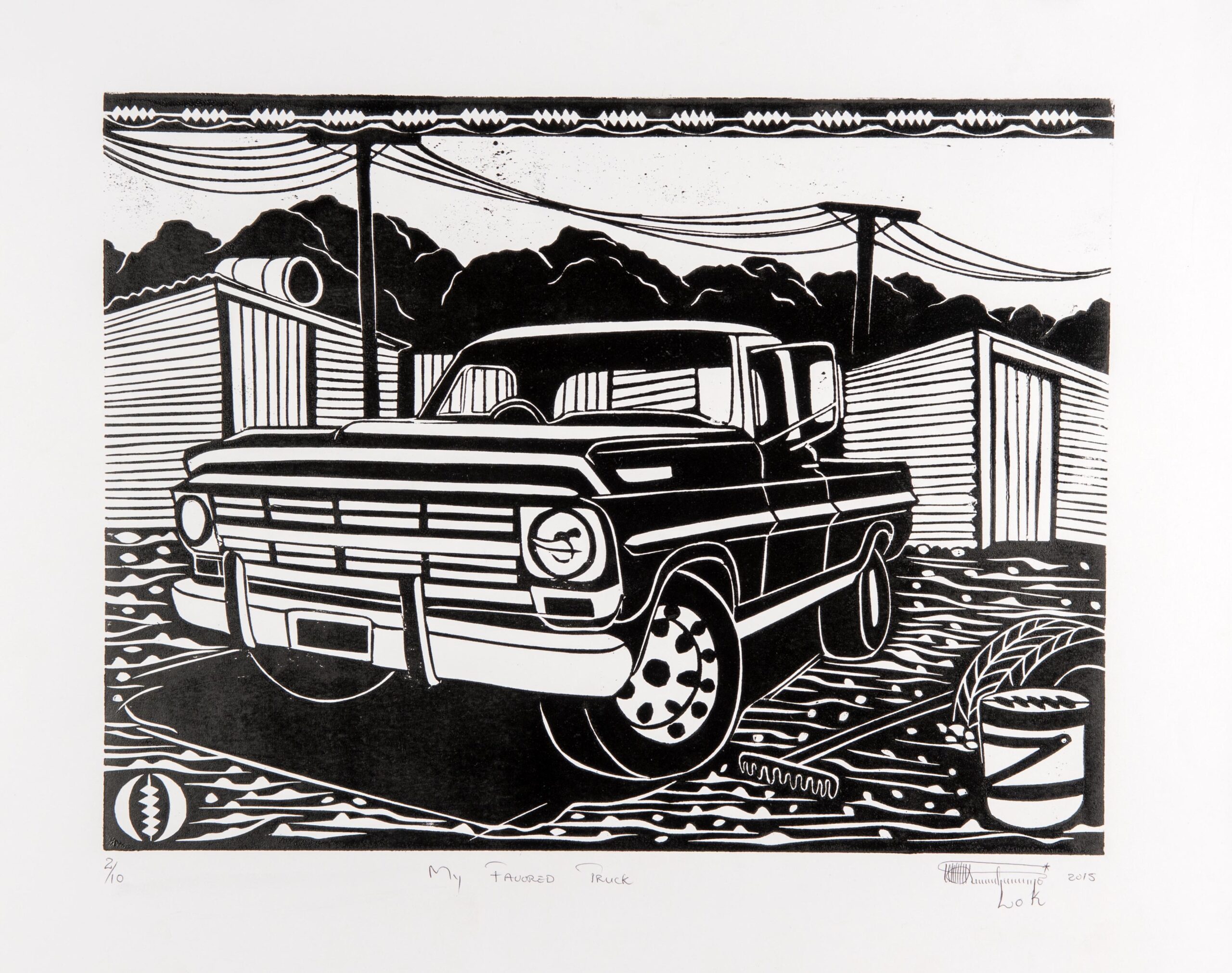 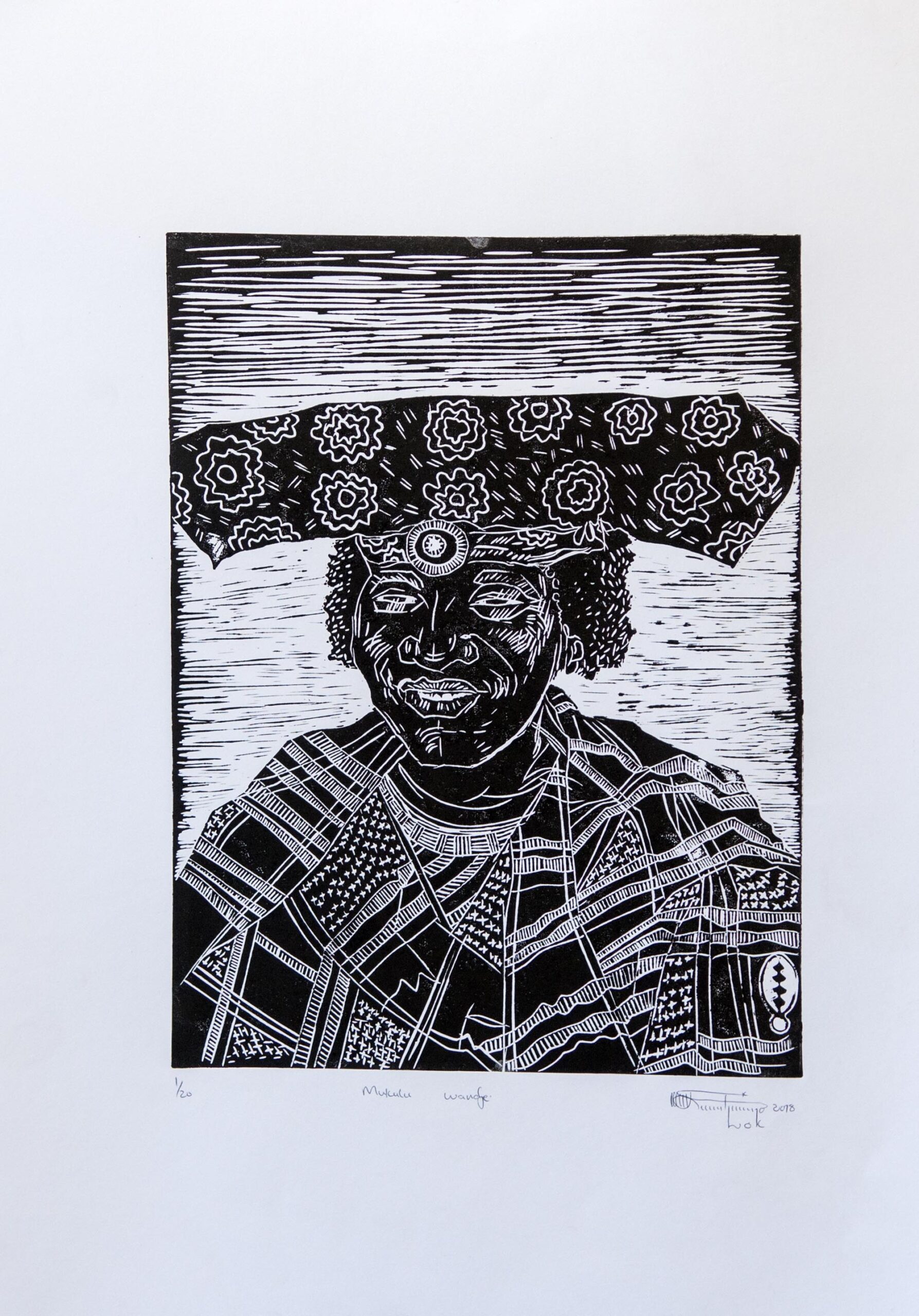 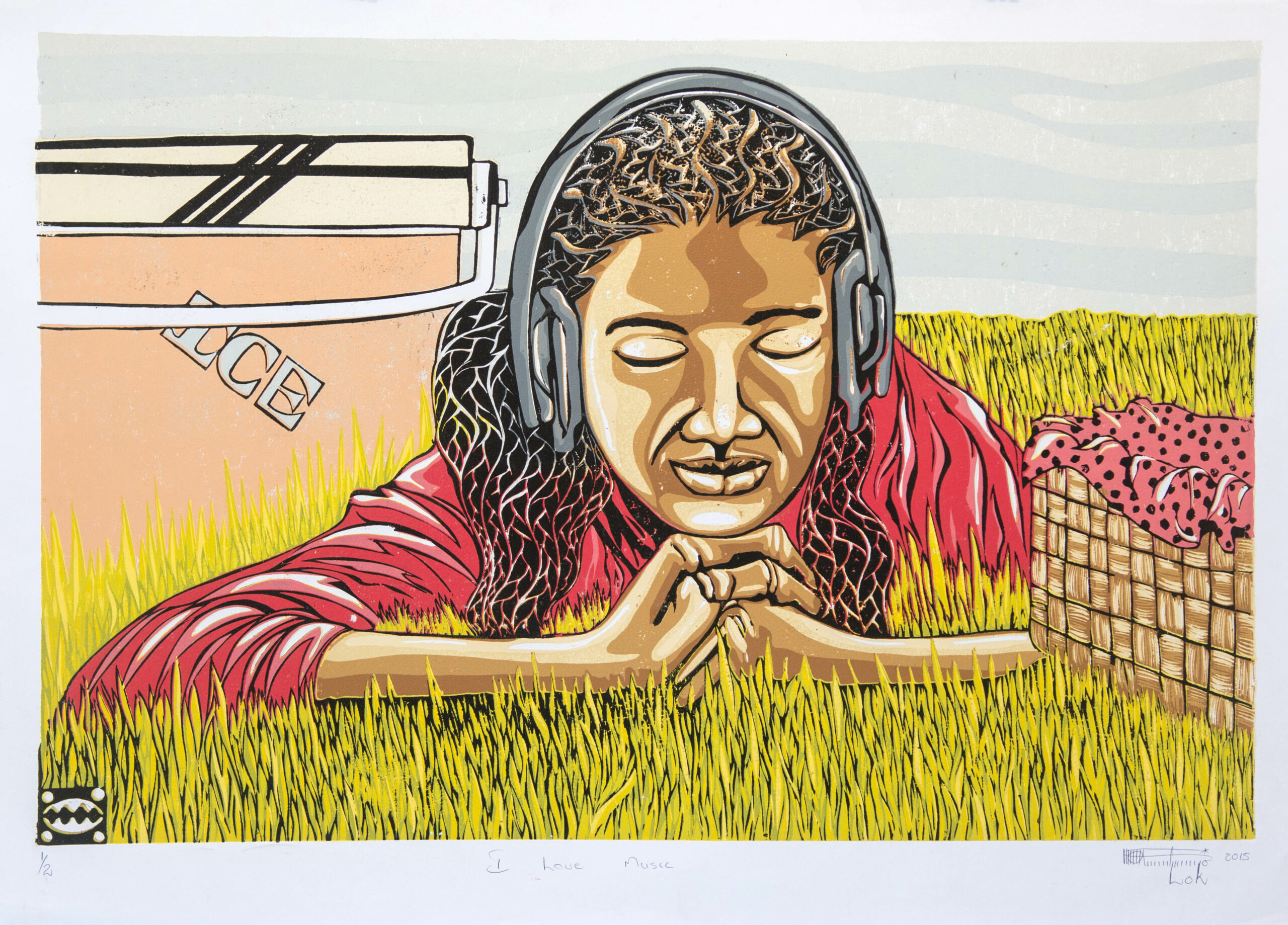 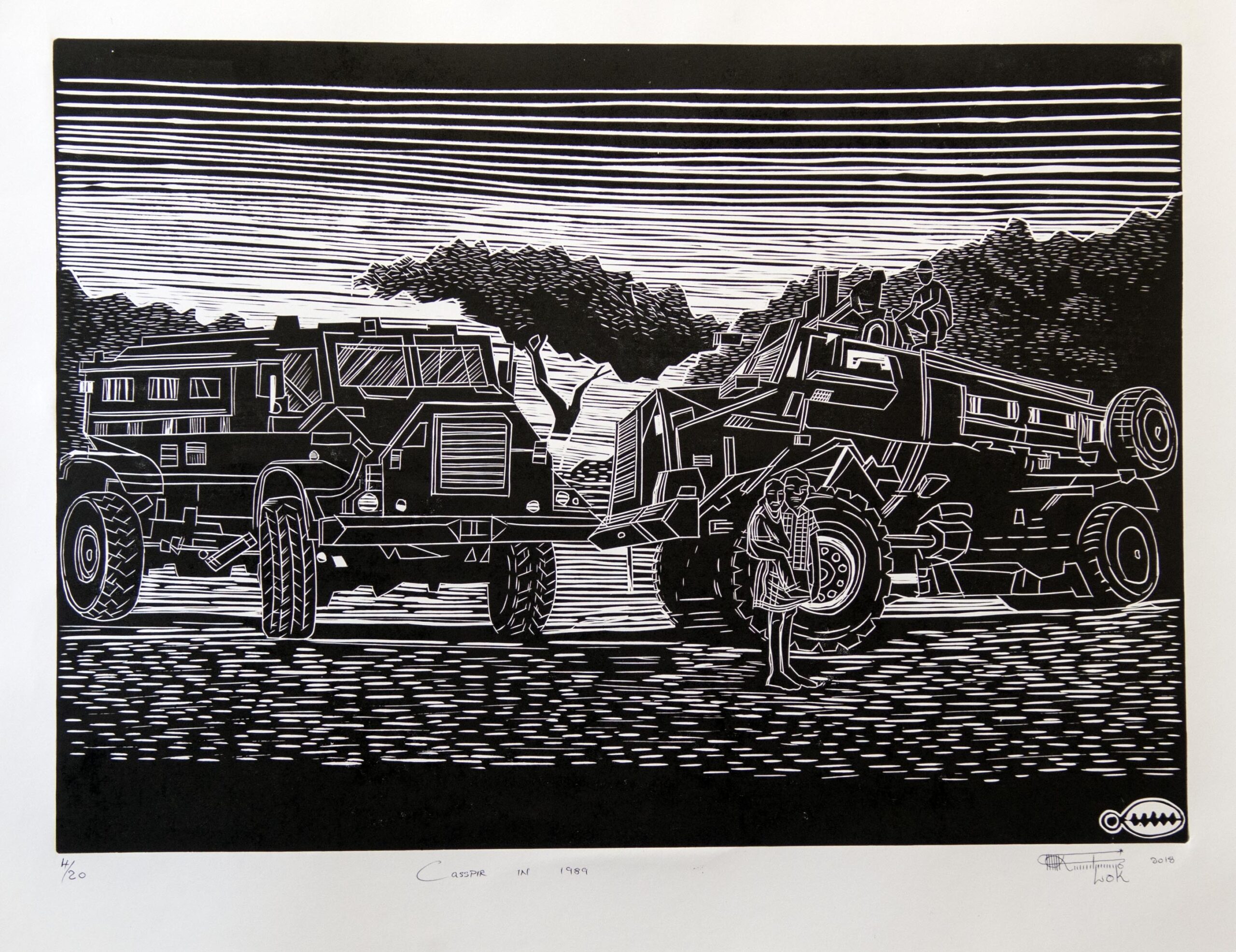 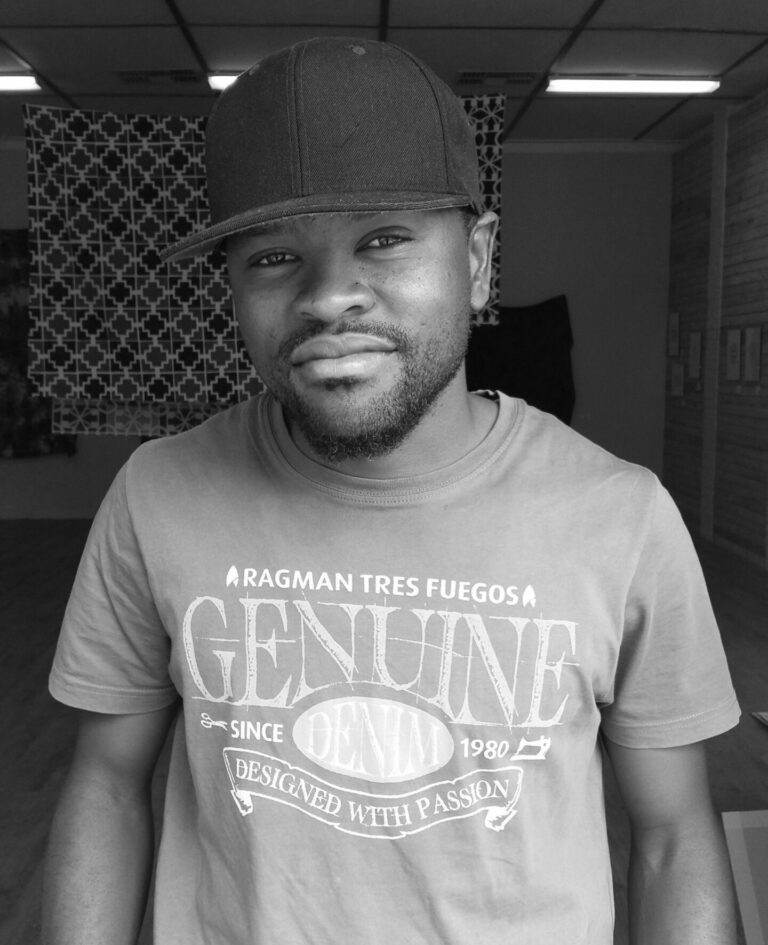 Lok Kandjengo (b. 1988) was born in Ongwedieva in northern Namibia. He moved to Windhoek to study visual art, first at the John Muafangejo Art Centre and then at the College of the Arts. Kandjengo graduated in 2011 after having specialised in the oil-based technique of cardboard printmaking. This is a technique common in Namibia that came about due to a lack of access to linoleum for traditional linocut printmaking in the early 90s. Since the particular card that was actually a packaging material is no longer produced, Kandjengo has incorporated some features of this layered technique into his use of linoleum block printmaking, creating another altogether unique style.

From urban scenes of Windhoek and Swakopmund to rural life in northern Namibia and with many vintage cars making their appearance in between, Kandjengo’s work gives us insight into the artist’s perception of the world. Kandjengo has exhibited locally and internationally in solo and group exhibitions. The artist has had three solo exhibitions, the first took place at the Franco Namibian Cultural Centre in 2013 and the second and third were held at the National Art Gallery of Namibia in 2015 and 2018.

Finding Memories, additions to an everyday archive of independence, 2021